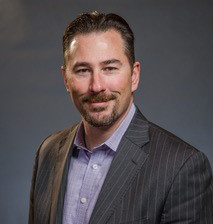 “The Colonial management team and board of directors are excited about the addition of Dan Gordon to lead commercial affairs,” said Joe Blount, president and CEO of Colonial Pipeline. “Dan has a unique combination of broad energy industry knowledge and proven hands-on experience leading and growing businesses. He has built and managed successful energy trading and business development portfolios, including heading several acquisitions and joint ventures. He will immediately add depth in commercial strategy and strengthen our team as we continue to deliver excellence in everything we do.”

Gordon brings approximately 20 years of commercial affairs experience, all focused in the energy industry, to his new role at Colonial. Most recently, he was executive vice president, business development, for Delek US Holdings Inc. Under his leadership, Delek US successfully established market share in Mexico and made several key acquisitions that expanded the business. Gordon served in other capacities at Delek, where he was responsible for its crude acquisition strategy, trucking operations, hedging and pricing for MAPCO convenience stores.

He began his career with RaceTrac Petroleum, where he served as executive director of supply and distribution, where he oversaw the distribution of more than two billion gallons of refined fuels and directed supply and trading, scheduling, commercial and transportation. In this role, he also gained valuable insight into Colonial Pipeline as a shipper on the system.

Gordon is a graduate of the University of Florida where he earned his B.S. degree in Finance, and holds a Master of Business Administration from the Georgia Institute of Technology.

Colonial Pipeline Co., founded in 1962, connects refineries ­– primarily located in the Gulf Coast ­– with customers and markets throughout the Southern and Eastern United States through a pipeline system that spans more than 5,500 miles. The company delivers refined petroleum products such as gasoline, diesel, jet fuel, home heating oil, and fuel for the U.S. military. Colonial is committed to safety and environmental stewardship across its operations. More information about Colonial is available at colpipe.com.