The news from Washington, D.C., involves lots of change.

You decide whether natural gas and oil pipeline regulation is improving, after reading about some recent changes, including an effort by Congress to make it easier for natural gas pipelines to obtain rights of way on federal land, authorization of more cross-border facilities to transport gas into Mexico, new regulations for plastic piping and a new definition of “navigable waters.”

A House bill would amend the Mineral Leasing Act to require the Secretary of the Interior to identify and designate National Energy Security Corridors for the construction of natural gas pipelines on federal land and for other purposes. The Act currently vests the Secretary with the power to issue rights of way for pipelines on federal land, but pipeline projects still need specific authorization from Congress.

The most controversial aspect of the bill — removing the need for this specific Congressional authorization — is supported by industry, but opposed by the Interior Department and environmental groups.

In June, EIA reported that due to sanctions imposed by the United States and European Union, Iran’s crude oil exports have been reduced from 2.6 million barrels per day (bpd) to 1.4 million bpd in 2014. But the five permanent members of the United Nations Security Council plus Germany are negotiating to lift the oil sanctions, as part of an agreement to curb Iran’s nuclear program. If the negotiations are successful, more than 1 million bpd of Iranian crude will be available for production and export.

The DOE issues permits for the import or export of gas, but pipelines that cross the border into Canada or Mexico must first obtain Presidential Permits.
FERC authorized Impulsora Pipeline to construct in Webb County, Texas, facilities that will export 1,120 million cubic feet per day (MMcf/d) of gas originating in the Eagle Ford Shale area. Authorization for three other pipeline projects is currently pending: 1.) El Paso Natural Gas Co. to increase by 42.6 MMcf/d the export capacity at its existing Monument 90 border crossing facility in Cochise County, Arizona; 2.) Comanche Trail Pipeline to construct new facilities in El Paso County, Texas, that could import/export 1,110 MMcf/d of gas; and 3.) Trans-Pecos Pipeline to build facilities to import/export 1,300 MMcf/d of gas through facilities in Presidio County, Texas.

El Paso Natural Gas is an interstate pipeline regulated by FERC, while the other three intrastate pipelines will be subject to regulation by the Texas Railroad Commission.

In April, FERC issued a policy statement that would allow interstate natural gas pipelines to seek recovery of certain capital expenditures made to modernize pipeline system infrastructure through a tracker or surcharge mechanism. This represents a departure from prior FERC policy, which required pipelines to design transportation rates to recover costs based on projected units of service, which in turn means that the pipeline is at risk for under-recovery of its costs. The change in policy is due to FERC anticipating that natural gas pipelines will make significant capital expenditures in response to Congressional and PHMSA action intended to improve the safety and reliability of natural gas pipelines, in addition to the EPA’s new requirements for the natural gas industry to monitor and report methane emissions.

On May 29, President Obama nominated Marie Therese Dominguez to fill the position as PHMSA Administrator, a week after 10 Democratic Senators wrote a letter urging the president to fill the administrator’s position, which has been vacant since last October.

On May 21, PHMSA issued a Notice of Proposed Rulemaking (NPRM) to amend pipeline safety regulations (49 C.F.R. Part 192) involving the use of plastic piping systems for gas services. The NPRM would, among other things, address tracking and traceability of pipeline components; increase the design factor for polyethylene (PE) pipe; impose more stringent mechanical fitting requirements; update and propose additional regulations for risers (i.e., a vertical pipe that connects buried pipe to meter or another aboveground component); and incorporate updated and additional standards for fittings.

The Clean Water Act grants federal regulatory authority over navigable waters. But the definition of “navigable” is disputed. The Supreme Court has held wetlands near ditches or manmade drains emptying into navigable waters are not “waters of the U.S.” In response, the EPA and Corps of Engineers, in a contentious proceeding, recently re-defined “navigable waters” and in so doing arguably expanded scope of their jurisdiction under the Clean Water Act. The definition would become effective Aug. 28.

The EPA administrator explained the rationale behind the rule: “For the water in the rivers and lakes in our communities that flow to our drinking water to be clean, the streams and wetlands that feed them need to be clean too.” The impact on industry could be significant. Section 404 of the Clean Water Act requires anyone wanting to discharge “dredge and fill” material into navigable waters to obtain a permit, while Section 402 establishes the National Pollutant Discharge Elimination System permitting program to source discharges into navigable waters.

As a result, compliance with these sections could become more onerous, if the definition of navigable waters is expanded. And that is exactly what opponents claim: puddles, ponds, ditches, ephemerals (land that may look like a small stream during heavy rain, but not most of the time) and isolated wetlands could all become navigable waters. But a total of 24 states have challenged the EPA rule in three different lawsuits filed in Alabama, North Dakota, Texas. 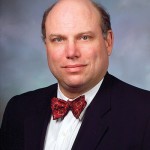 Washington Watch is a bimonthly report on the oil and gas pipeline regulatory landscape by Steve Weiler, a partner in the Washington, D.C., office of Stinson Leonard Street LLP. Weiler has more than 25 years of experience in a broad range of administrative, judicial, and transactional matters, involving the natural gas and oil pipeline industries. Contact him at steve.weiler@stinsonleonard.com.