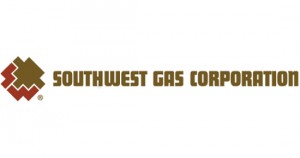 James P. Kane plans to retire as president and CEO of Centuri Construction Group Inc. on Dec. 31, 2015, bringing to a close a distinguished 43-year career in the utility and construction industries.

Centuri is the construction services subsidiary of Southwest Gas Corp. a Nevada-based provider of natural gas service to approximately 1.9 million customers in Arizona, Nevada and California. Heidrick & Struggles, a leading executive recruiting firm, has been retained to assist in the search for Kane’s successor.

“My time at Southwest Gas Corporation has been extremely rewarding, and I am especially proud of the accomplishments made in the construction services business over the past three years,” Kane said. “With the Link-Line integration largely completed, John and the Board will now move forward to identify a new leader who can leverage Centuri Construction Group’s enviable market position, extensive capabilities, and broad geographic footprint to take this business to the next level of success. Southwest Gas Corporation has built one of the industry’s most talented and dedicated teams, and I am confident that our regulated utility and construction services businesses have incredibly bright futures.”

“Jim has been instrumental in our evolution and growth, and we are grateful for his extraordinary service, culminating as CEO of our construction services group,” said John Hester, president and CEO of Southwest Gas Corp.. “Jim helped lead NPL’s strategic expansion, which enabled us to diversify our portfolio and geographic reach. Among his many contributions were overseeing NPL’s acquisition of the Link-Line Group of Companies and the recent formation of Centuri Construction Group.”