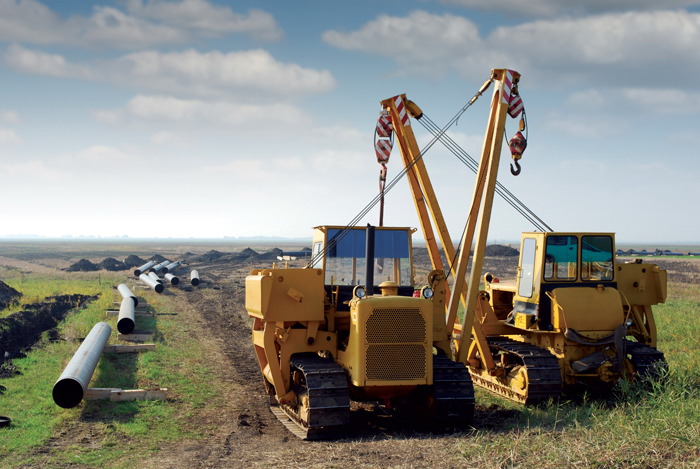 The oil and gas industry in North America is growing at a fast rate, and the need for infrastructure continues to evolve to meet demand. As such, designing pipelines that can fill the void in capacity, meet governmental regulations and endure public scrutiny has become a growing challenge for project engineers.

Pipeline companies in Canada are looking for ways to get crude from the Alberta oil sands to market. In the United States, shale drilling has resulted in the discovery of a vast supply of natural gas, and those exploration and production companies are looking for ways to get their product to market. Some pipeline owners are reversing flow on systems to add capacity, but new pipelines are still needed to fill the gap.

Starting in 2012, the construction engineering firm Black & Veatch has been taking the pulse of the natural gas industry with a comprehensive annual report on the key issues facing organizations across all aspects of the sector. Assessing upstream, midstream and downstream challenges, the company found in its 2013 Strategic Directions the North American Natural Gas Industry report — its most recent industry analysis — that the natural gas industry is suffering growing pains as it deals with increased production and limited transportation capacity.

Convergence between the natural gas and electric industries is a growing trend, and according to the Black & Veatch report one that is already challenging pipeline capacity in some regions. The company says demand for natural gas for electricity generators is straining capacity in high population areas and driving the need for new pipelines to serve the midstream and downstream markets.

In a video summary of the Black & Veatch report, Peter Abt, managing director of the company’s management consulting division, says that gas and electricity interdependence is a significant issue that the industry will be dealing with in the immediate future.

“We’ve already seen examples on a regional basis, especially this past winter in New England, where we are seeing the convergence of these two industries and the challenges they face when they try to serve one another,” Abt says. “The challenge is the interstate natural gas capacity was built to serve the markets of the local distribution companies over time, not the gas-fired generators. It’s built to meet the demands on a peak day, and a peak day in New England is the middle of winter. We have sufficient pipeline capacity to serve the residential, commercial and industrial markets, but we don’t have enough capacity to serve the electric generation markets.”

Black & Veatch anticipates that this trend will expand beyond New England in the next few years as new gas-fired generators are built, according to Abt. These new facilities will continue to strain natural gas transportation capacity and create more bottlenecks unless the industry builds more pipelines.

“The biggest issue that is facing the marketplace is who’s going to pay for that capacity,” Abt says. “The current capacity market for power in New England does not allow for the generators to be compensated
for the risk they take in contracting for firm pipeline capacity. They have no means to pass that through to any of their customers. That issue has to be resolved.”

Aside from the cost of building new infrastructure, the pipeline industry faces a number of other challenges in expanding capacity, according to Rod Walker, a director with the management consulting division at Black & Veatch. One of the main concerns his clients face is acquiring the land and related permits for project rights of way.

“There’s a process they’re required to follow,” Walker says. “The companies have to initiate conversations with the landowners, and they have to settle the agreement the right away. Then there are the permitting issues. Environmental politics have become an impediment. Building pipelines is no different than it was five or 10 years ago, but what is different are the trends on the public side. Fracking has caused people to pay more attention.”

Now pipeline stakeholders are facing strong pushback from what Walker calls the NIMBY populace — i.e., “Not In My Back Yard,” a tongue-in-cheek reference to activists who protest these projects.
“A lot of the resistance is based on where the project is,” Walker adds. “The laws are different in each place. They’re more friendly in Texas or Oklahoma where they have a lot more experience extracting resources, but not so much in the Midwest.”

Part of the issue in the Midwest and Northeast where shale drilling has brought more activity from the industry is population density, Walker says. There is not the abundant space for a pipeline corridor in large metropolitan areas like New York City, Philadelphia or Boston as there is in the South or West, regions where the population is more spread out. There’s just not as much room to work, and it brings “a whole new level of complication and laws to get access” to the land for rights of way.

Another main concern among Walker’s clients is the bottleneck they face when it comes to acquiring materials to build pipelines.

“Oftentimes when they order pipe from the mill, there’s a backlog,” he says. “A couple years back the price of steel was so high that when they got a quote, it was only good for a day or two.”

And then there are the people on pipeline jobsites and the oft-mentioned concern in the industry about an aging workforce.

“Every utility we’ve looked at, it’s one of the top five issues,” Walker says. “We were at an industry event recently and asked a room full of pipeline veterans who is going to retire soon, and 40 percent of the room raised their hands. That’s concerning.”

Along with its annual market analysis, Black & Veatch has been increasingly involved in helping the oil and gas industry meet these challenges. By harnessing nearly a century of expertise in building infrastructure, the company offers a wide variety of know-how to the oil and gas sector. 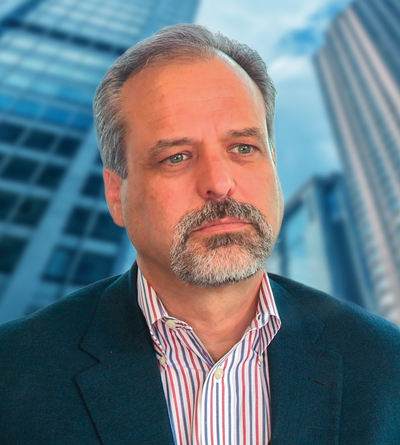 Helping Hand
Since its beginnings in 1915 as a two-person partnership between former University of Kansas classmates Ernest Bateman Black and Nathan Thomas Veatch, Black & Veatch has been involved with working with the government and building new infrastructure. In its first year, the company landed two large contracts to build water and power facilities. In 1917, the company worked with the U.S. War Department to build military training camps during World War I.

The company started with 12 employees in Kansas City, Missouri. In the 99 years since then, through a number of expansions, mergers and acquisitions, Black & Veatch has grown to more than 10,000 employees working in more than 100 offices across the globe, completing projects on six continents.

With such a vast knowledge pool, it’s no surprise that the company sees an opportunity to lend its expertise to serve the oil and gas markets. 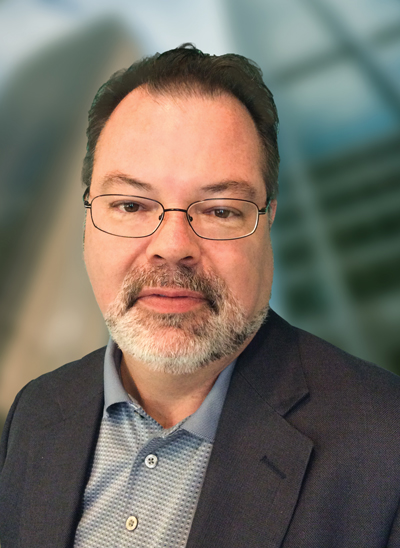 With the shale boom, Walker says there is a shortage of engineering talent to serve the pipeline industry.

He credits consolidation in the engineering sector among smaller firms and cites a trend whereby larger pipeline firms are adding staff and conducting their own engineering work instead of hiring an outside firm for a project.

“The boom is not going away,” he says. “There is a lot of activity all over the country, in the Marcellus and Utica in the Northeast, the Bakken in North Dakota, the Eagle Ford in Texas and others. The bottom line is the companies have got to get the product to market. They can’t wait.”

While Black & Veatch has traditionally not performed a large amount of pipeline work, Walker says the company has leveraged its expertise in other markets and added related services to serve the oil and gas industry.

For instance, permitting is a major component of building a pipeline. Black & Veatch is involved with a number of other construction sectors that deal with the same type of permitting issues that pipeline operators face. “It’s complex,” Walker says, “but not all that different from what we’ve done in the past in the electric transmission space.”

Good Stewards
Building shale-related infrastructure brings some unique requirements that engineers have to adapt to when designing and building successful projects. Many of the challenges are specific to the region, Walker says. In states such as Pennsylvania and North Dakota where there is concern about hydraulic fracturing and its effects on water quality, companies need to concentrate on being a good community steward and communicate with the public and regulators to alleviate anxieties.

“People are concerned about fracking even when it’s not part of the project,” he says. “It’s a sensitive topic.”

Communication has become an increasingly more important part of the process, Walker says. Pipeline companies at-tend public meetings to explain the pipeline route and answer questions about the project, whether technical in nature or not. 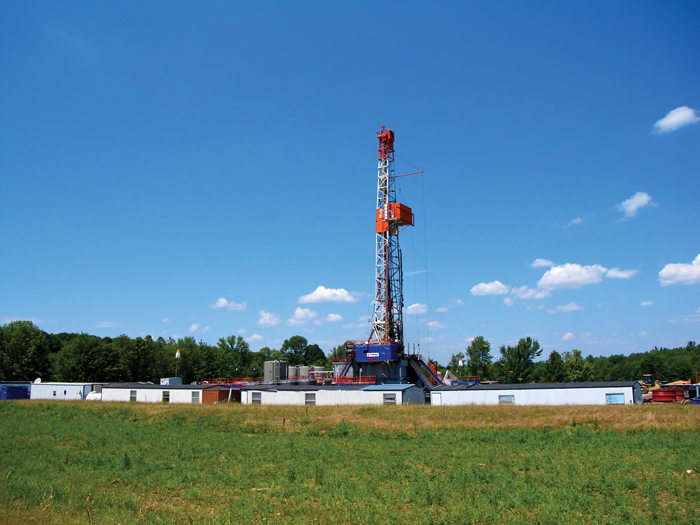 While oil remains the driving force in the oil and gas industry, according to Black & Veatch’s Rod Walker, the natural gas boom has created high optimism and the need to expand pipeline capacity.

Forecasting the Market
Going back to Black & Veatch’s 2013 Strategic Directions the North American Natural Gas Industry report, the company is optimistic for sustained growth to continue across all segments of the natural gas value chain, comprising the upstream, midstream and downstream sectors.

The company reports that the upstream market faces an uncertain regulatory environment, which has slowed development of new pipeline capacities to support the shale plays. That’s where some producers have looked toward commodity enhancement programs to convert product to liquefied natural gas or compressed natural gas as an alternative.

In addition to the need to increase capacity in the midstream sector, Black & Veatch also reports that the cost of maintaining underused systems is straining finances and making it difficult for companies to
attract capital. With the increasing reliance on and forecasted demand for gas in the electric generation industry, there is some disagreement when determining who should pay for new infrastructure to support power generation.

In the downstream market, Black & Veatch reports that increasing demand for natural gas from power generators, the need for new pipeline capacity and system-wide investments to ensure the safety and integrity of physical and information assets all add to the cost of natural gas services for consumers. Meanwhile, low domestic prices and strong global demand have created incentives for investing in LNG export facilities, with Asia being the most likely destination.

However, projecting where the pipeline market is headed is a difficult task, Walker says. Forget forecasting industry trends for the next five years. Two years out is hard enough to judge. He says pipeline construction favors oil and liquids pipelines today, but demand for the types of pipelines needed to be built changes with market conditions.

“In two to five years, natural gas prices might be about the same or they may spike,” he says. “If they do spike to say the $5 to $7 range, there will be more activity. In the next three years, we expect prices to trend upward.”

However, oil is still a bigger driving force for pipeline expansion, Walker says, noting TransCanada’s Keystone XL pipeline and other projects to carry more oil to the refineries along the Gulf of Mexico. Even with the shale boom and demand rising for natural gas in power generation, it’s oil that matters most.