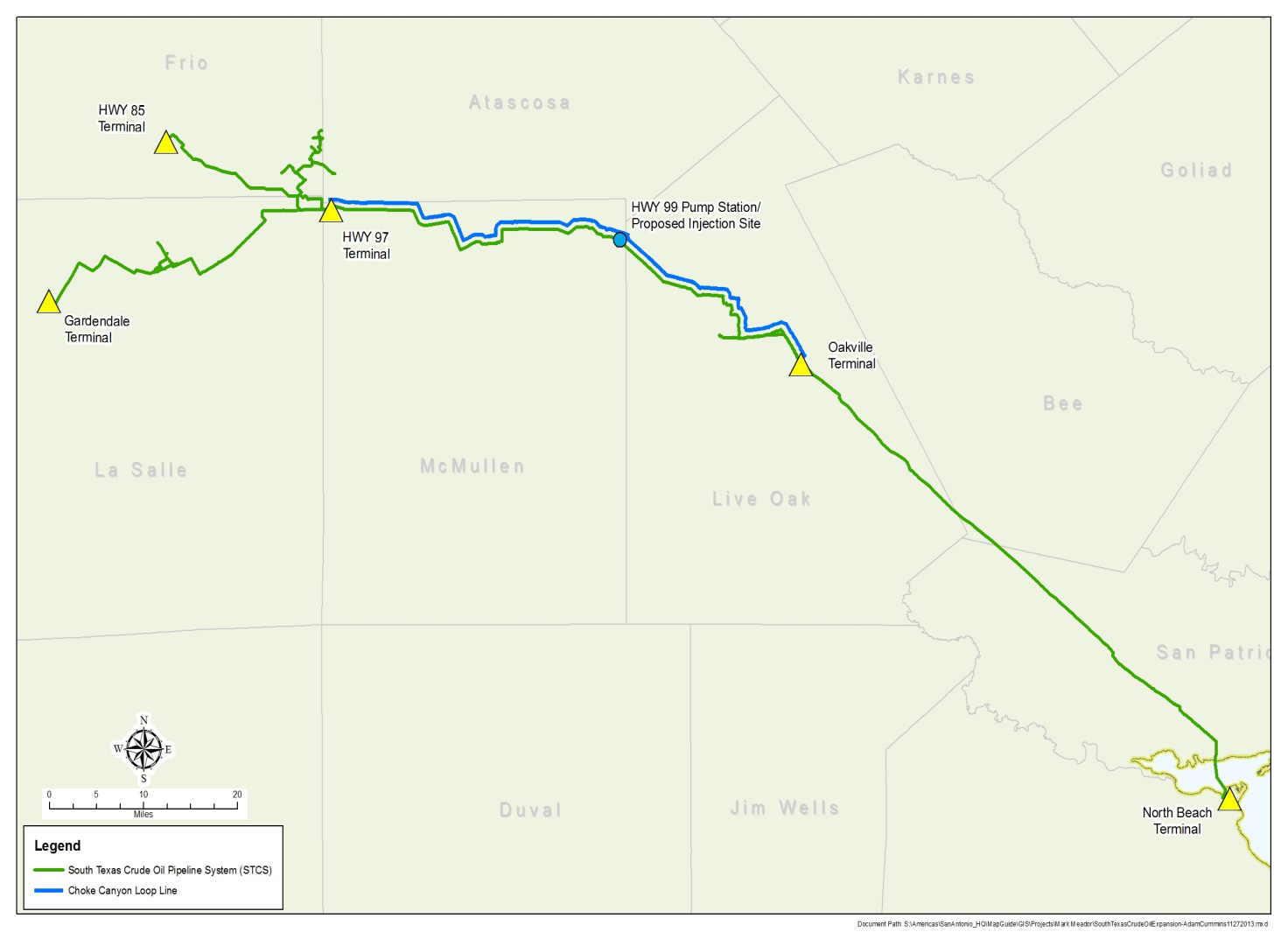 With the first expansion of the South Texas Crude Oil Pipeline System nearing completion, Highway 99 in McMullen County, Texas has emerged as a desired new crude oil pipeline transportation origin. Current construction has resulted in an additional 10,000 barrels per day available for a firm volume commitment, after a 10 percent set-aside for walk-up shippers. Deliveries into the proposed Highway 99 origin would need to be under the 45º API gravity common grade.

Further, existing firm committed shippers of the first expansion of the South Texas Crude Oil Pipeline System may elect to amend their existing T&D Agreement to add Highway 99 as an origin in fulfillment of the contracted volume commitment.

The second binding open season commenced April 2, 2015 and continues until noon (Central Time) on April 23. The Notice of Binding Open Season is available at nustarenergy.com.

Interested potential shippers that would like to receive copies of the open season documents must sign a confidentiality agreement. A copy of the confidentiality agreement and more information about the binding open season for the second South Texas Expansion Project, including information about rates, service and routes, is available by contacting Rick Webb, Vice President-Business Development, at 210.918.2000.