The American Petroleum Institute has promoted John Modine to vice president of its Global Industry Services (GIS) department, the division responsible for certification, training, events, publications and safety programs for offshore and refinery operations. Modine had previously served as director of GIS. 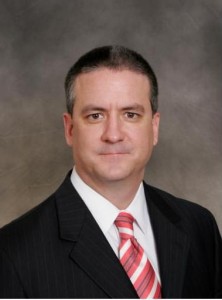 “Under John Modine’s leadership, API’s Global Industry Services has expanded significantly, providing innovative safety and operational services to new markets around the world,” said Jack Gerard, API president and CEO. “These programs demonstrate our industry’s commitment to safe and reliable operations, and they serve as an important complement to API’s advocacy efforts.”

During Modine’s tenure, GIS has played an increasingly vital role in the international oil and natural gas industry. The department added four offices – in Beijing, Dubai, Singapore and Rio de Janeiro – joining existing offices in Houston and Washington, D.C. Additionally, Modine was part of the successful launch of the industry’s Center for Offshore Safety, established to enhance offshore safety systems following the 2010 BP oil spill in the Gulf of Mexico.

“I’m proud to take on this important role in a department and an association that are committed to safe and reliable operations,” Modine said. “I see this as an opportunity to expand the adoption of best practices and continue to raise the bar of operational excellence worldwide. With support from the entire Global Industry Services team, I’ll be working to grow GIS even further and expand the availability of gold-standard programs and services tailored to meet the needs of individual companies in today’s marketplace.”

Prior to joining API in 1995, Modine was a quality assurance manager and chemist with Core Laboratories in Houston. He has 25 years of business management, certification and standards experience. He is a graduate of the University of Oklahoma and earned his master’s at University of Maryland-College Park.