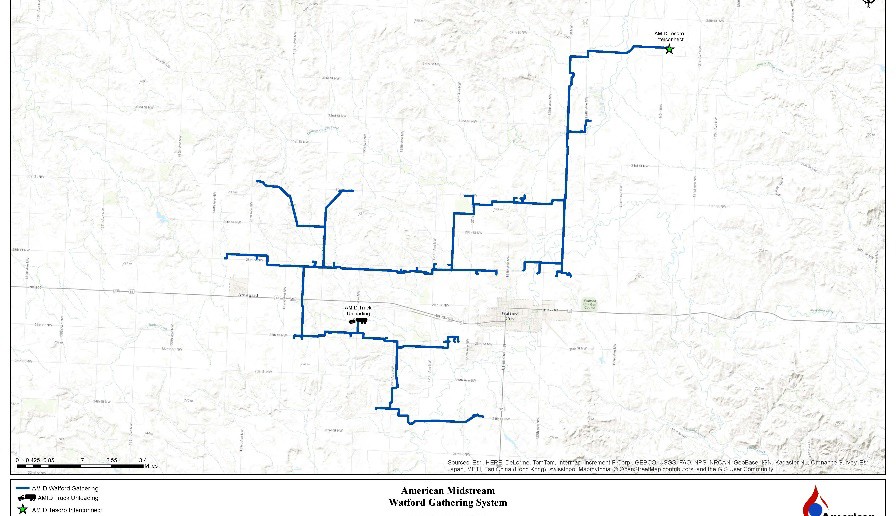 The Bakken System is proposed for the core of McKenzie County, North Dakota to transport up to 40,000 barrels per day (Bbl/d) of crude oil for delivery to major intrastate and interstate pipeline systems beginning in June 2015. As proposed, the Bakken System will have initial transportation capacity up to approximately 15,000 Bbl/d with the ability to expand up to approximately 40,000 Bbl/d.

During the binding open season, potential shippers have the opportunity to obtain crude oil transportation service on the Bakken System on a committed or uncommitted basis, at various tier-based rates according to volumes transported. Parties interested in becoming committed shippers can do so by making long-term acreage or volumetric dedications for crude oil gathering and transportation service on the Bakken System. The open season will also provide potential shippers with the opportunity to deliver volumes into the system via a truck rack.

Bona fide potential shippers that would like to receive copies of the open season documents and proposed tariff(s) must first sign a confidentiality agreement. During the binding open season, comments, questions or changes to the general terms and conditions of the proposed tariffs, services and/or routes are due in writing by noon Central Time on June 22, 2015.

Interested parties will have the opportunity to execute committed agreements for crude oil transportation service on the proposed gathering pipeline system.

For more information about the open season (follow this link), or to obtain copies of the open season documents and proposed tariff(s), contact Rod Donovan, vice president of business development, at rdonovan@americanmidstream.com or 713-815-3970.