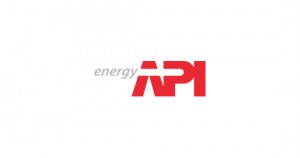 API announced that Amanda Eversole will join API this fall as its COO, a new position focused on building and implementing a strategic plan for the natural gas and oil industry. Eversole comes to API from JPMorgan Chase & Co., where she serves as managing director and head of Public Affairs overseeing strategic communications, civic engagement and strategy for the corporate responsibility team.

“Amanda has a strong track record of driving consensus, alignment, and winning strategies that will be invaluable as API builds on our past successes and positions the natural gas and oil industry for the future,” said Mike Sommers, API president and CEO. “Few people in Washington bring the breadth of organizational expertise that she does, and we will greatly benefit from her experience and energy as our industry drives transformational change for American consumers.”

Prior to her time at JPMorgan Chase & Co., Eversole spent 13 years at the U.S. Chamber of Commerce in Washington, D.C. She served as president of C_TEC, the Chamber Technology Engagement Center, where she developed and expanded ties between technology companies and policymakers and served as Senior vice president of the U.S. Chamber Center for Capital Markets Competitiveness, a program she helped launch in 2006 to advance America’s global leadership in capital formation.  Eversole also served as chief of staff to Chamber president and CEO Thomas J. Donohue and oversaw marketing and communications for the U.S. Chamber of Commerce Foundation. Prior to joining the U.S. Chamber, she worked for RTC Relationship Marketing – a WPP Group company – in business development.

“I have long been drawn to industries that are driving innovation, environmental progress, and societal benefits for all Americans. This is an exciting time for the natural gas and oil industry, and I am thrilled to work with Mike Sommers, the outstanding API team and the membership to foster collaboration, growth, and results for the industry,” said Eversole.

API is the only national trade association representing all facets of the oil and natural gas industry, which supports 10.3 million U.S. jobs and nearly 8 percent of the U.S. economy. API’s nearly 620 members include large integrated companies, as well as exploration and production, refining, marketing, pipeline, and marine businesses, and service and supply firms. They provide most of the nation’s energy and are backed by a growing grassroots movement of more than 47 million Americans.