Natural gas infrastructure is expected to make up more than half of the needed energy infrastructure development in the United States and Canada over the next decade and a half, according to a study released in June 2018. Total investments were forecast at $417 billion, or an average of $23 billion annually, from 2018 through 2035 in the report, titled “North American Midstream Infrastructure through 2035: Significant Development Continues,” conducted by ICF on behalf of the INGAA Foundation.

The U.S. Northeast is currently seeing strong development, with a number of pipelines coming online or in various stages of development. The following is a roundup of some of the more significant natural gas pipeline projects currently under development.

Overview: The 600-mile Atlantic Coast Pipeline (ACP) will originate in Harrison County, West Virginia, travel to Greensville County, Virginia, with a lateral extending to Chesapeake, Virginia, and then continue south into eastern North Carolina, ending in Robeson County. Two additional, shorter laterals will connect to two Dominion Energy electric generating facilities in Brunswick and Greensville counties. The proposed route was developed after more than two years of extensive study and landowner engagement. More than 6,000 miles of potential routes were carefully studied before choosing the best route with the least impact. After consulting with landowners and performing extensive field surveys, more than 300 additional route adjustments were made to avoid environmentally sensitive areas and address individual landowner concerns. In addition, three compressor stations have been planned as part of this project: one at the beginning of the pipeline in West Virginia (Lewis County), one in central Virginia (Buckingham County) and one near the Virginia-North Carolina state line (Northampton County, North Carolina). The project is currently delayed. In 2018, a federal appeals court invalidated the ACP’s permit to cross 600 ft below a small section of the Appalachian Trail. The ACP would be one of dozens of pipelines that have safely operated underneath the trail for many decades. In June 2019, ACP appealed the decision to the U.S. Supreme Court, which is expected to decide whether or not to hear the case by November 2019. If so, the court would hear arguments in early 2020, with a decision expected by June. If ACP is success, full construction will resume next summer.

Overview: The estimated $700 million Constitution Pipeline is expected to consist of a new 30-in., approximately 125-mile pipeline with a capacity to transport 650 million cubic feet per day (MMcf/d) of natural gas from the Marcellus shale to consumers in throughout New York, including New York City, Long Island, Westchester, the Hudson and Mohawk Valley, the North Country and Southern Tier. The project has been delayed by the rejection of state permits by the New York regulators. Williams has petitioned FERC to waive a state-issued water permit to allow the project to continue forward. The U.S. Supreme Court rejected the project’s challenge over the New York water permit on April 30, 2018. In July, Williams announced plans to appeal the decision with FERC. On Nov. 5, 2018, FERC granted the project stakeholders a two-year extension. FERC issued an order on Aug. 28 in support of Constitution Pipeline Co. LLC, finding that the New York State Department of Environmental Conservation (NYSDEC) waived the water quality certification required under Section 401 of the federal Clean Water Act for the New York portion of Constitution’s interstate natural gas pipeline project, which was approved by FERC in December 2014.

Overview: Kinder Morgan started construction on the Gulf Coast Express Pipeline Project (GCX Project) in May 2018. The approximately $1.75 billion GCX Project is designed to transport up to 2 billion cubic feet per day (Bcf/d) of natural gas from the Permian Basin to the Agua Dulce, Texas, area and is now fully subscribed under long-term, binding transportation agreements. The GCX Project was placed in full service ahead of schedule on Sept. 25.

Overview: The Gulf Coast Southbound Expansion Project is designed to leverage Natural Gas Pipeline Company of America LLC (NGPL) to connect increasing domestic natural gas supplies with growing industrial demand and export opportunities in the Gulf Coast area. Phase 1 was placed in service in October 2018, providing long-term contracted customers additional firm transportation capacity of 460 MMcf/d from NGPL’s interstate pipeline interconnects in Illinois, Arkansas and Texas to markets in NGPL’s South Texas zone. Phase 2 is under contract with a third party and will provide an additional 300 MMcf/d of firm southbound capacity. This phase is anticipated to be placed into service in mid-2021 pending appropriate regulatory approvals. NGPL is currently seeking non-binding solicitations of interest for a third phase of the project to provide 260 MMcf/d of incremental firm southbound transportation service from existing or new interconnects on NGPL’s system in Illinois and Iowa to persistently growing markets on Kinder Morgan’s LA Line along the Texas and Louisiana Gulf Coast. 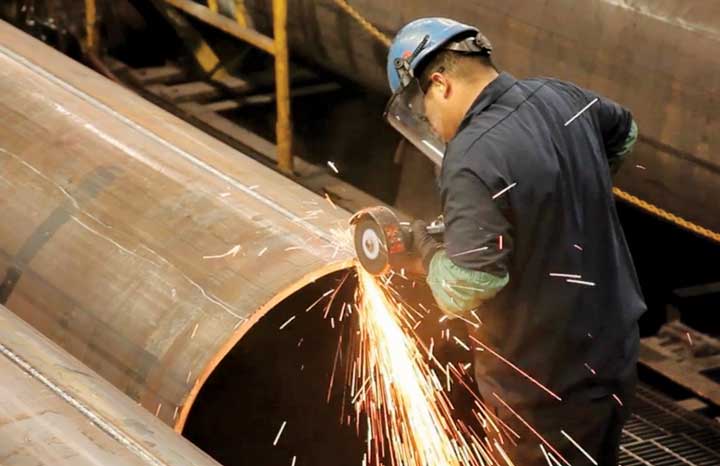 Overview: The 303-mile, $3.5 billion Mountain Valley Pipeline is being developed by Pittsburgh-based EQT Corp. and partners to carry shale gas from West Virginia to markets in Virginia. The pipeline was targeted to be in service by the fourth quarter of 2018, but construction was suspended in October when the U.S. Army Corps of Engineers’ Pittsburgh District suspended the project’s water crossing permits. As of August 2019, MVP’s total project work was approximately 90 percent complete. The project is expected to be placed in service in the fourth quarter this year.