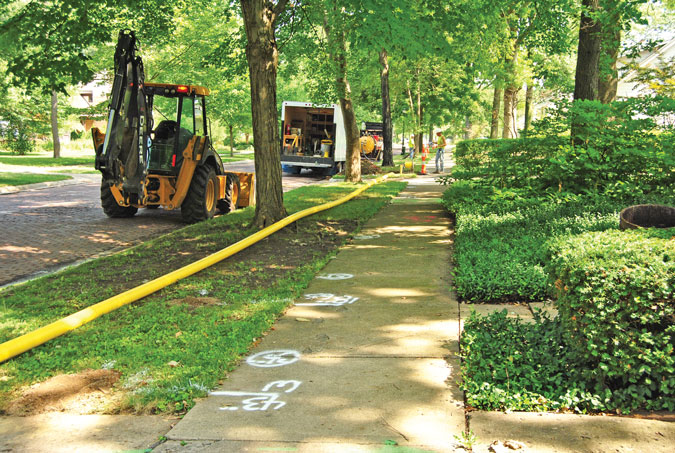 Pain, that is what transmission pipeline contractors throughout North America are feeling. It is perhaps made even more so given the fact that distribution contractors are continuing to receive work requests and have no additional resources to offer. While painful, these types of swings in pipeline activity are completely normal looking backward in time.

So, how did we get here:

Ultimately, the U.S. pipeline market will not return until the price of oil moves back above $55 a barrel; the Canadian pipeline market needs prices closer to $70, neither of which can happen until a combination of global, U.S. and Canadian economic growth accelerates.

The Canadian pipeline market is built upon oil prices above $70 a barrel. Once prices fall below this point, it becomes problematic for new exploration and production to take place or additional investments in existing facility to make financial sense. Also, the Canadian pipeline and distribution construction market is much more influenced by gathering and transmission activity. In Exhibit 2, the history and forecast of the Canadian transmission and distribution markets demonstrate the volatile nature of the Canadian spending. Historically, there was approximately $1 billion in annual distribution system capital spending annually. Any spending over this amount was largely related to transmission activity.

Today, there is closer to $2 billion in annual distribution system capital spending. Total spending peaked during 2013 and 2014 with a substantial drop in forecast for 2015 of 21 percent and 2016 with another approximately 30 percent reduction at which point we forecast a leveling off of spending.

The underlying distribution spending in Canada will continue to grow associated with new housing starts, aging infrastructure replacement and efforts to reduce carbon or methane emissions.

The U.S. pipeline and distribution market is much more diversified than Canada and the pipeline portion of this market is a smaller percentage and has multiple drivers depending on the commodity, geography and nature of the assets. That being said, U.S. pipeline contractors are feeling the pain.

In Exhibit 3, our 2015 spending forecast for pipeline and distribution activity has seen a reduction of approximately 13 percent, which is entirely related to the pipeline market. The distribution markets remain strong and we anticipate continue growth beyond 2016 when a short and shallow recession will take place followed by accelerating economic growth and pipeline spending. Beyond this point, the pipeline market will continue to exhibit periodic volatility, and we remain very bullish over the next 15 to 20 years of opportunities in both the distribution and pipeline space.

Who Will Do The Work?

This bullishness translates into a much higher need for staff in the future. Based upon proprietary Continuum Advisory Group research, our forecast of labor availability today, in 2020 and 2030, compared to anticipated spending in each of these same time periods indicates that an additional 20,000 to 40,000 field staff may be needed to complete the work.

In Exhibit 4, there are already three known hot spots where demand already exceeds supply of available construction staff. Looking to 2020, an additional two hot spots will develop in the Southeast and Mid-Atlantic. By 2030, we anticipate three hot spots in New England, the Marcellus-Utica shale basin and the Southeast.

Recognizing that their membership wanted an answer to the question of who will do the work, the Distribution Contractors Association (DCA) is initiating an effort to attack this challenge. Recognizing the long-term nature of this initiative, which was in part driven by demographic issues and unfair perceptions of the industry, a leadership team was formed to begin the process of forming a coalition to pool resources and work on building the future workforce over the next decade of 2015 to 2025.

The leadership team currently includes executives from DCA, NiSource, Atmos Energy, Miller Pipeline, Michels Pipeline and Vermeer, plus an industry lobbyist that will specifically work on obtaining federal and state governmental support for these efforts. Continuum Advisory Group is providing guidance to the leadership team.
Those interested in learning how to help lead this effort are encouraged to contact Rob Darden at (972) 680-0261 or rdarden@dcaweb.org; Mark Bridgers at (919) 345-0403 or mbridgers@continuumag.com; or Eben Wyman at (703) 750-1326 or eben@wymanassociates.net.

While just getting started, the DCA efforts will accelerate in 2016 in the development of local strategies to support workforce attraction, retention, training and skill development.

As part of the DCA effort, Construction Labor Market Analyzer (CLMA) is supplying their proprietary tool where utility or pipeline owners can anonymously submit information detailing their spending plans and contractors or unions can anonymously submit information on available labor resources. In combination, the state, region, county or city specific comparison of current or future supply and demand from the CLMA tool is part of the solution.

Participants will have access to the full North American database and all of the report, analysis and data capabilities. Ultimately, highly targeted and accurate projections of both demand and supply for pipeline and related work are available to participating firms who can then better judge the cost or pricing implications of completing work in specific geographies. 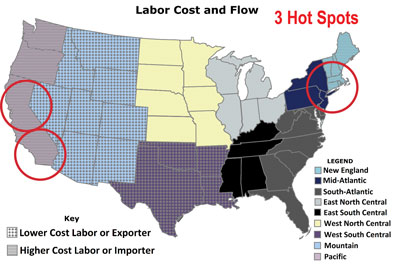 Who will do the work? In 2008, a generic pipeline or distribution crew likely consisted of four staff and was let by a foreman with 20-plus years of experience and who was approximately 52 years old (see Exhibit 5). Under this foreman was a laborer, welder/fuser, operator and/or helper, each with 10 to 15 years of experience.

Today, that crew has been split six times with each original crew member leading a crew as foreman and two staff hired since 2008 also leading crews. Under 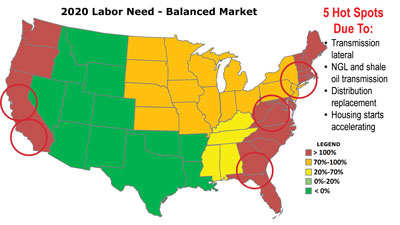 each of these six foremen are three additional crew members, likely hired since 2008 and not yet ready to lead a crew.

The implication? It is not practical or possible to further subdivide these crews and productively, safely and in compliance build pipeline and distribution systems.

Who will do the work? While the pipeline market may wonder how this question can even be relevant right now, it is our belief that the shortages previously faced in the North American pipeline market and currently faced in the distribution market will persist and prove either a hobbling constraint or competitive advantage.

To system operators and contractors that see the opportunity to create competitive advantage, look forward beyond today and determine how you can build control a scarce resource: competent and capable labor, supervisory and project management staff that can productively, safely and in compliance build pipeline and distribution systems.

Pain is perhaps the best motivator and forward thinking system operators and contractors will use it to build competitive advantage to thrash their competition over the coming decade.

Mark Bridgers and Nate Scott are consultants with Continuum Advisory Group, which provides management consulting, training and investment banking services to the worldwide utility and infrastructure construction industry. Follow Bridgers on Twitter at @MarkBridgers. For more information on Continuum, follow this link to the group’s website.