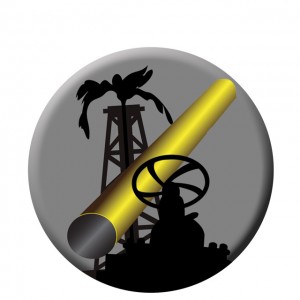 Like its neighbor to the south, Canada is seeking to make better use of its vast natural gas reserves and expand pipeline capacity to serve its citizens. A major driver in those efforts is the reduction of energy costs to consumers.

One way to reduce energy costs — as well as greenhouse gas emissions (GHG) — is to expand the delivery of liquefied natural gas (LNG) to remote communities and industrial facilities in Canada, according to a new report released in June by ICF International.

In Canada, nearly 300 remote communities and dozens of large industrial facilities are not connected to the North American electrical grid or to natural gas distribution pipelines, based on data from the Canadian Gas Association (CGA). Access to affordable and clean energy is a challenge for these communities and serves as a barrier to economic development and GHG emission reductions. Responsible development of Canada’s North means the best use of the dollars required. Affordable energy like LNG frees dollars from costlier energy alternatives, allowing local decision makers the freedom to dedicate these monies to other important priorities in their communities.

ICF International’s new report titled “Economic and GHG Emissions Benefits of LNG for Remote Markets in Canada” concludes that by 2025, at least 23 power generation and 58 industrial customers could convert to LNG resulting in, over the 25 year study period, $2.4 billion in energy cost savings for the LNG customers; a cumulative reduction of carbon dioxide equivalent to the annual emissions of more than 2.3 million passenger vehicles; and the addition of more than $12.5 billion to Canada’s GDP, support of 118,000 net job-years and an increase in government revenues by $4.5 billion.

“This report quantifies just how significant and meaningful an opportunity we have to reduce energy costs and emissions for communities and industry in Canada’s North by expanding LNG delivery and use,” said Timothy M. Egan, President and CEO of the Canadian Gas Association. “Natural gas utilities look forward to working with provincial and territorial governments, Indigenous communities, technology providers, and other stakeholders to look more closely at how to move forward and realize this opportunity.”

What follows is an overview of many of the natural gas pipeline projects currently under way or in the permitting process.

Coastal GasLink Pipeline Project
Location: British Columbia
Stakeholder(s): TransCanada Corp., Shell Canada Ltd., LNG Canada
Overview: Announced in June 2012, Coastal GasLink Pipeline Ltd. proposes to build an approximately 670-km pipeline from the Dawson Creek area to the British Columbia coastline. The pipeline will transport natural gas to the proposed LNG Canada facility near Kitimat. The project would involve construction of a 48-in. diameter pipeline, in addition to the construction and operation of up to three meter stations and one compressor station. The initial capacity would be between 2 billion cubic feet per day (Bcf/d) and 3 Bcf/d. Field work continues to gather further details about potential routing. However, in July, LNG Canada announced that due to the challenges of the current global energy market, their joint venture participants have determined they need more time before making a final investment decision. LNG Canada has assured Coastal GasLink that the project is not being canceled, but the investment decision planned for the end of 2016 is going to be delayed. At this time, LNG Canada cannot confirm when this decision will be made.

Eastern Mainline Project
Location: Ontario
Stakeholder(s): TransCanada PipeLines Ltd.
Overview: TransCanada is proposing to construct, own and operate approximately 279 km of natural gas pipeline facilities that will be integrated into the Canadian Mainline system upon completion. The project will also include the addition of nine compression units at five existing sites. Since submitting the October 2014 Project Application to the National Energy Board (NEB), TransCanada has continued to engage the city of Oshawa and other area stakeholders to develop an alternate pipeline route proposed by the city that aligns with the Ontario Ministry of Transportation’s (MTO) Highway 407 East corridor. This included an open house in December 2015 to share preliminary mapping. Based on this engagement, as well as engineering and construction planning, TransCanada submitted a new proposed route to the NEB on June 3. Pending approval, construction is expected to begin in 2018, with an in-service date of 2019.

Fenelon Falls Pipeline Project
Location: Ontario
Stakeholder(s): Enbridge Gas Distribution Inc.
Overview: On Nov. 19, 2015, Enbridge Gas Distribution proposed to construct a natural gas pipeline to serve the communities of Fenelon Falls and Bobcaygeon, Ontario. The original project included reinforcement pipeline sections south of Lindsay and north of the Highway 115/35 interchange, in which the Highway 35 corridor was considered the preferred alignment for the reinforcement sections. As a result of ongoing discussions with stakeholders and further analysis on the existing natural gas pipeline network, Enbridge has decided to make changes to the pipeline route to Fenelon Falls and to the alignment of the reinforcement sections south of Lindsay. The pipeline to Fenelon Falls now starts from Taylor’s Corner in Oakwood, in the City of Kawartha Lakes, Ontario, and the project now also includes two reinforcement pipelines near Sunderland and Victoria Corners, in the townships of Brock and Uxbridge, Ontario, respectively. Enbridge is still considering a pipeline to the community of Bobcaygeon. However a separate Environmental Study will be undertaken in the near future.

The proposed pipeline will now originate in Oakwood and terminate in the community of Fenelon Falls, for a total of approximately 30 km of 6- and 8-in. diameter pipeline. The Sunderland Reinforcement Pipeline includes approximately 10 km of 8-in. steel extra high pressure (XHP) pipeline, and the Victoria Corners Reinforcement Pipeline includes approximately 0.9 km of 8-in. steel XHP pipeline. Upon the completion of an Environmental Report, Enbridge will file an application for the proposed pipelines to the OEB this year. If approved, construction of the proposed pipelines is currently expected to begin no earlier than the spring of 2017.

GTA Project — EB-2012-0451
Location: Ontario
Stakeholder(s): Enbridge Gas
Overview: As the Greater Toronto Area (GTA) continues to grow, demands for energy such as natural gas also grow. In order to meet the demands of growth in the GTA and continue the safe and reliable delivery of natural gas to current and future customers, Enbridge will be upgrading the backbone of its existing natural gas distribution system. The GTA Project will upgrade the existing distribution system that currently delivers natural gas to Brampton, Mississauga, Vaughan, Richmond Hill, Markham and Toronto, Ontario. Enbridge submitted a “Leave to Construct” application in December 2012 to the Ontario Energy Board (OEB) to obtain permission to build the project. After a year-long regulatory review process under the OEB, Enbridge received approval to proceed with the project on Jan. 30, 2014. The GTA Project has a western component, referred to as Segment A, and an eastern component, referred to as Segment B. The project is expected to cost $900 million (CAD) and expected to add 50 km of pipeline to Enbridge Gas’s existing 37,000 km of pipeline. The project is currently under construction and expected to be in service later this year.

Merrick Mainline Pipeline Project
Location: British Columbia
Stakeholder(s): NOVA Gas Transmission Ltd. (NGTL), a subsidiary of TransCanada
Overview: In response to the rapidly increasing development of natural gas production from northeastern British Columbia, NGTL is proposing to construct, own and operate an extension to its existing Groundbirch Mainline. Located in the Peace River and Caribou regional districts, the proposed Merrick Mainline will be 260-km of up to 48-in. diameter pipeline and include associated metering facilities and valve sites. The north end will connect approximately 1 km from the west end of the Groundbirch Mainline, located about 35 km west of Dawson Creek. The south end will connect near Summit Lake, about 42 km north of Prince George, British Columbia. The Merrick Mainline Project has been delayed as a result of changing market conditions. The project’s construction and in-service schedules are closely coordinated with downstream facility development. TransCanada advised the NEB that a Section 52 Facilities application will not be filed in 2016. Stakeholder and community engagement, Indigenous Relations activities and field studies have also been temporarily suspended. While there are no specific timelines to share, TransCanada says it will continue to provide timely updates as information becomes available.

NEXUS Gas Transmission Project
Location: Ontario
Stakeholder(s): Enbridge, Spectra Energy and DTE Energy
Overview: The proposed NEXUS Gas Transmission Project (NGT) is a joint venture among Enbridge, Spectra Energy and DTE Energy and is being developed to support the growing demand for natural gas in the upper U.S. Midwest and eastern Canadian regions. With a decline in western Canadian natural gas supplies to these regions, the proposed NGT system is designed to transport at least 1 Bcf/d of growing supplies of Ohio Utica shale gas to the high-demand markets in Ohio, Michigan and Ontario, Canada. The proposed path for NGT will consist of a newly constructed, greenfield pipeline that will extend approximately 250 miles from receipt points in eastern Ohio to interconnects with the existing pipeline grid in southeastern Michigan. As proposed, the path will utilize both existing and expansion capacity on the interstate pipeline system owned by Vector Pipeline LP to access the Dawn Hub in Ontario and the Enbridge Tecumseh storage facility. The NGT system is targeted to be in service as early as November 2016, depending on final market demand, commitments and necessary regulatory approvals. The project must obtain regulatory authorizations from the U.S. Federal Energy Regulatory Commission (FERC) and the NEB, as well as other Canadian agencies

Westcoast Connector Gas Transmission Project
Location: British Columbia
Stakeholder(s): Spectra Energy, BG Group
Overview: Formerly known as the Spectra Energy/BG Group Natural Gas Transportation Syster, the proposed project from northeastern British Columbia to Prince Rupert, British Columbia, would include approximately 850 km of pipeline with a capacity of up to 4.2 Bcf/d. The project will provide the required natural gas transportation capacity to meet the demands of a proposed LNG terminal on British Columbia’s coastline, in keeping with the provincial government’s Jobs Plan and its goal of establishing LNG facilities by 2020. The project also will connect with the Spectra Energy system at Station 2 (southwest of Fort St. John), a growing natural gas hub that collects supply from multiple areas of the province and other supply basins in Western Canada. The project is expected to be in service by 2019.

Towerbirch Expansion Project
Location: Alberta, British Columbia
Stakeholder(s): NGTL
Overview: NGTL is proposing to construct, own and operate an extension to the NGTL System, consisting of pipeline originating in the county of Saddle Hills, 80 km northwest of Grande Prairie, Alberta, and end 31 km southeast of Fort St John, British Columbia, in the Peace River Regional District. Since the last project update in September 2015, there have been changes to the project’s scope to accommodate new customers interested in transporting natural gas on the NGTL System. The project will now include the Groundbirch East Receipt Meter Station Expansion and the Dawson Creek East Receipt Meter Station. The pipeline component has two sections for a total length of 88 km. The first section is 36-in. diameter pipeline that begins in Saddle Hills County, continues west for approximately 56 km and ties into the existing Tremblay Complex. The second section is 30-in. diameter pipeline that begins at the Tremblay Complex, continues north for approximately 32 km and terminates at the proposed Tower Lake Receipt Meter Station site. Other facilities include valve sites, the Tower Lake Receipt Meter Station, and the Dawson Creek North and No. 2 Receipt Meter Stations. On Sept. 2, 2015, NGTL filed an application with the NEB for the proposed project. Pending approval, construction is expected to begin in the second quarter 2017, with an in-service date in the fourth quarter 2017.

This is not a comprehensive list of the pipeline projects for the upcoming construction season. For updates regarding ongoing projects, refer to the Project Roundup on page 16 and published each issue.

North American Oil & Pipelines will provide a report on U.S. gas pipeline projects in the November/December issue. The Canadian and U.S. oil pipeline reports were published in the February and May issues, respectively.